Is Australia the best side ever?

It's a moot question - it's not like Australia are going to start playing with one hand behind their back (although with all the new one days laws the ICC are introducing...)

This is like asking was Don Bradman bad for cricket? Here's a guy who could score 300 in a day, completely dominating a bowling attack. At times, there was no contest - he demoralised and destroyed opposition teams. And yet people travelled far and in droves to watch him play. The current Australian side has some of the greatest players in history, all in the one side. Warne and McGrath would easily slide into a top 5 of Australia's best bowlers - the only case in test history of two bowlers in the one side with a total of 1000 wickets between them. Gilchrist is almost unanimously considered cricket's best ever wicketkeeper/batsman - after Bradman and Sobers, he's usually third listed in Greatest XI lists. All the top 6 batsman have averages over 50 - that must be the first time that's ever happened.
Posted by athul at 10:34 PM No comments:

Hi,
Look for amzing videos of sam anderson at U Tube.

For more info - He have more no of communitiesand fans than anyother cine star in kollywood. Future legend
Posted by athul at 6:02 AM No comments:

H,
We are looking for freelancers who can work with us. Exciting salary with allowances. Good fun and great exposure!!! These are the basic eligibilities we are looking at

If you are the right ones then mail to merittracvolunteers@gmail.com. Toknow more about the company visit us at www.merittrac.com.

The India opener Gautam Gambhir, who has appealed his one-Test ban for elbowing Shane Watson, is regularly on the lookout for a confrontation when he is batting, according to Australia's Michael Hussey. Gambhir, who is the leading run-scorer in the series with 463, was punished for his run-in with Watson on the opening day of the third Test in Delhi and also argued heatedly with Simon Katich.
"He looks around for it [chat], to be honest," Hussey said. "It hasn't been a plan of ours to go at him and talk or whatever ... but I must admit he does go around the field looking to engage certain players and looking to get involved and that sort of thing.
"So maybe that is part of his character, looking for a clash to try to pump himself up a bit more. He's always looking to engage, not so much 'g'day how are you going', but an intense look. It's quite funny really."
Posted by athul at 5:11 AM No comments:

scottish olympic gold medallist and sprint cyclist chris hoy has revealed his formula for success
HAGGIS and REDBULL.The 32 years old cyclist,who became the first Brit for the century to win Three gold medals at the beijing games,admits that the stomach churning combination of haggis
and red bull helps him to stay on track.He say that he sometimes add vodka to the red bull
to give himself high
Posted by athul at 1:34 AM No comments:

Australia's preparations for Thursday's must-win fourth Test have been disrupted due to last-minute touches to the brand new ground in Nagpur. The Vidarbha Cricket Association's stadium, which has hosted a couple of trial matches, was only approved for Tests on Tuesday morning after an inspection from the match referee Chris Broad and the practice facilities are not ready.
The tourists, who trail India after their victory in Mohali, trained at the old ground on Tuesday and will do so again on the eve of the game. Michael Hussey, Australia's most successful batsman of the tour with 285 runs at 57.00, likes to make sure his preparation is perfect before a match, but was trying not to let the unusual situation bother him.
Posted by athul at 4:21 AM 1 comment:

Anil Kumble addresses the media a day after his retirement, Bangalore, November 3, 2008
Posted by athul at 4:17 AM No comments:

Gabrielle has fat days too!!! 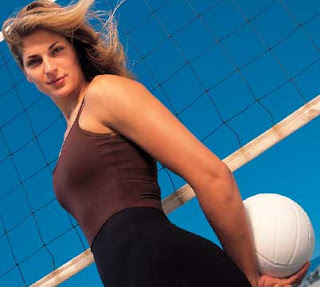 Gabrielle Rice may be admired for her great body.The volleyball player who is 38 has two children
but trains like maniac to keep herself in shape.But even she admits she has a very bad fat days
and also that she to undergo cellulite reducing lipo-massage to keep her shape.

she won smoke or drink.she just stayed with chocolate.not cake or cookies,just a good piece of choclate,full on.
-
Posted by athul at 3:22 AM No comments: