All About our Lengend Gilly 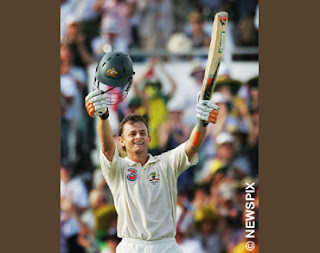 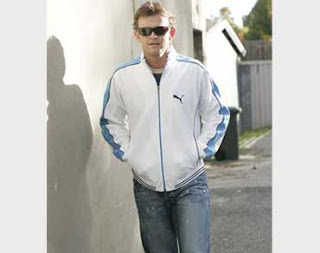 Adam Gilchrist entered the international cricketing scene as a wicket keeper/batsman with the Australian One Day International side against South Africa on 25th October 1996 in Faridabad. He was bowled by Alan Donald for 18, then effected his first dismissal by catching Hanse Cronje off Paul Reiffel for a duck. South Africa won the match by 2 wickets. In 1998, Steve Waugh elevated Adam to the pivotal position of opening batsman. In his second game, Adam scored 100 against South Africa and since then, has played a significant part in redefining the role of an opening batsman in One Day Internationals.
Adam was crucial in the team's winning performance in the 1999 and 2003 World Cups. Adam has taken a world record of over 400 dismissals in one day internationals and scored over 8600 runs at a phenomenal strike rate of almost 97 runs per 100 balls faced.
On 5th-9th November 1999, Adam replaced Ian Healy as wicketkeeper in the Australian test side in Brisbane against Pakistan. He was immediately into stride, taking his first dismissal by catching Mohammad Wasim off Damien Fleming for 18. Adam then scored 81 before being bowled by Shoaib Aktar. Since that time, Adam has taken almost 370 dismissals in test matches and scored almost 5300 runs at an incredible strike of over 82 runs per 100 balls faced. Adam reached the 100 and 200 dismissal milestones faster than any other wicket keeper in test history and he is one of only two players to had averaged greater than 60 going through 3000 test runs.
Adam is the only wicketkeeper in Australia to have captained the Australian Test and One Day teams and is acknowledged for his leadership and outstanding contribution to the Australian team in both forms of the game.
Many critics believe that Adam is the greatest wicketkeeper/batsman to have played the game. But more than his statistics, it is the manner and spirit in which Adam plays the game that makes him one of the world's most exciting and popular cricketers. He already holds the record for the most sixes hit in Test cricket (97) and plays Test cricket in much the same way as he plays One-Day Internationals.
In 2004 Adam was selected in Richie Benaud's All Time Greatest Team. He joined Sir Donald Bradman, Dennis Lillee and Shane Warne who were also chosen in this illustrious team. Adam said that he was humbled to be chosen in the team in front of so many other outstanding players and by a person who himself is acknowledged as one of the finest to have played the game.
Posted by athul at 9:59 PM 3 comments: